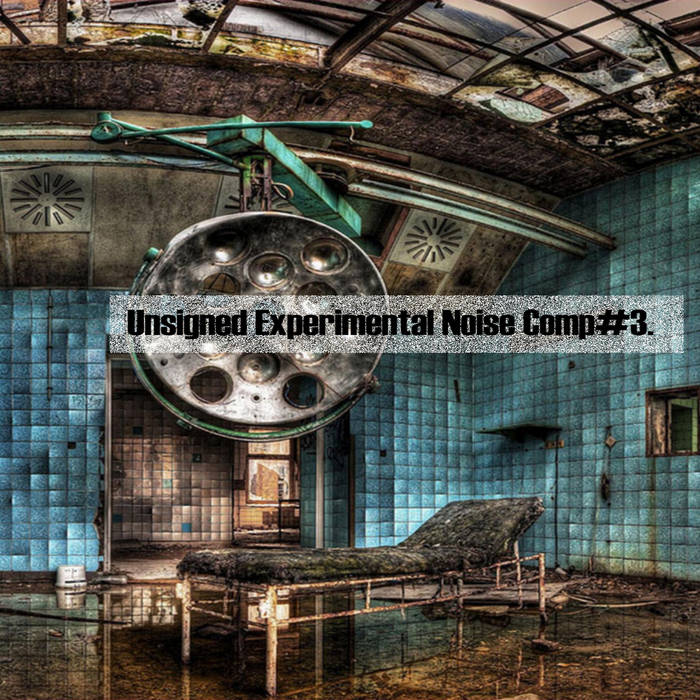 Adeptus Mechanicus - "Marks" is written and composed by Adeptus Mechanicus, with the use of several weird electronic devices at several places throughout Leiden. Reworked, mixed and edited at the Oblivion Hole Sound Lab.
adeptusmechanicus.bandcamp.com
Lorenzo Abattoir (aka Nascitari)_Italian based noise artist and performer since 2008. He performs as a solo artist and also with other experimental musical projects, playing different roles (vocals, electronics, field recording). He recorded some album as Nascitari (various labels) and Mare di Dirac (Dusktone records) and played a lot of live performances in Europe and United States.
lorenzoabattoir.blogspot.it
Your Grace Adrianna Natalie - A new entry into the growing raft of young American experimental techno talent now emerging, Your Grace Adrianna Natalie grew up in the Bronx and resides in the Metro Area. She fell into production naturally from her interest in electronic music, and her four years behind the boards show a budding young talent making an impact on the hard, nasty end of the techno spectrum, with recent hardware additions to her studio contributing to the grit of her sound. Signed to the Philadelphia-based experimental electronic label Alrealon Musique for her debut EP, a startlingly contemporary take on the industrial, noise, and techno crossover sound now dominating Europe and rising in America’s underground, Your Grace Adrianna Natalie a istinguished member of a distinct set of new talents changing the musical landscape in New York and further afield.
soundcloud.com/yourgraceadriannanatalie
Yann Is The Bastard Using drums, guitar, bass, vocal, electronic hardware, audio softwars, since 1997 as "Agrafistolagem", "Yann Is The Bastard" from 2005 to 2015. Since 2015 using both, depending on the moodzikvality.
soundcloud.com/yann-is-the-bastard
WN - trained as a guitarist and eager of instrumental knowledge, has been studying music since 1993. Field recordist since the acquisition in 1996 of a MiniDisc recorder. For the past few years, WN is "flowing, fluid" interdisciplinary carefully random orchestrated human, like a spontaneous indeterminacy aktionist.
nwwn.tk
Conure - Mark Wilson (also of 15 Degrees Below Zero) has been creating ambient noise and other varieties of sound art under the moniker Conure since May of 2000. He currently utilizes various microphones, effects pedals, loops, field recordings, and mixer as his main set of tools to create sounds that range from minimal drones to heavily layered walls of feedback and cacophony.
conure.conurenoise.com
Alexei Borisov and Katya Rekk - This collaboration started few years ago in Moscow. Both musicians are true enthusiasts of electronic music, noise and free improvisation. Alexei Borisov is a veteran of Russian experimental music, Katya Rekk represents new generation of local experimentalists. Borisov and Rekk take part at different projects, collaborations, special events and international festivals, performing frequently in Russia and abroad. Both musicians use many different electronic devises and sound objects, produced by international companies, as well as by Russian DIY engineers, such as Vtol, Papa Srapa and Anastsiya Aljokhina. Now the duo is working for the studio album which could be ready in Autumn 2017.
www.facebook.com/BorisovRekk/
TheUse
theusemusic.com
pulpo! live act is a psychedelic, minimal-experimental, ambient solo live act with guitar&electronics. from 2012 it can be seen live as ‘pulpo! live act’. had a couple of gigs from then on, just to name a few venues and festivals: A38 Ship, Ultrahang Festival, Bankito Festival, Zsolnay Festival, Harmadik Ember Fesztival, Durer Club, Kis Á, R33 and Cökxpon Ambient Café, etc.
pulpoliveact.com
Miguel A. García (aka Xedh) from the Basque country, is one of the most dynamic sound artists in the Spanish scene. His work focuses mainly on the composition and electro-acoustic improvisation. He uses sounds taken from electronic devices residues, often interrelated with field recordings or acoustic instruments.
www.xedh.org
The Royal Hungarian Noisemakers were formed in 2015 (perhaps the most chaotic year of the 21st century) to reflect the sound of the times and the Hungarian National Noise traditions. It questions the remarkable European spirit. God is dead. As the Ancient ones fell with the pounding of thunder in our minds now you can hear it again only louder! Gott ist Tot Viva la Roy !?
www.facebook.com/Royal-Hungarian-Noisemakers-1160748333951080/

I’ve had a couple of tapes from Unsigned before but I’m still no wiser as to any of the names here. Royal Hungarian Noisemakers apart the rest are new; BOM, WN, Pulpo!, dzsemszGOND, United Gods, UEUM, Adeptus Mechanicus, Live Animal Transport, Yann is the Bastard, The Use … the list goes on, around twenty new names for me to get to grips with. The majority here are working within an experimental field mixing definable genres like techno, ambience, industrial, noise, PE, electroacoustic and field recording and creating new and exciting sounds along the way. Oh yes pop pickers. Over the four sides I found little that disagreed with me which for a v/a comp is pretty good going. Some of this is down to the high production values and the quality of the cassettes themselves but lets give the people who put this together credit too. Highlights are plentiful: Your Grace Adrianna Natalie hails from The Bronx and combines Industrial Noise with Techno, the introduction of her voice in to the mix made me actually pump my fist, the ghost of Derek Bailey appears on the acid guitar work of Pulpo!, the electro-acoustic work of Miguel A Garcia is worthy of note as is the eerie vocals on United Gods empty factory ambience, theres the Harold Budd like piano work of Hideg Roncs, the noise trombone of UEUM, dip in anywhere and you will find tiny rhythms, big rhythms, euro synth big beats, Kieth Rowe like guitars, creaking oar straps, TG sludge, abstract noise, TNB scrape and clatter.

Its like I just received an out of the blue various artists comp from the mid 90’s and now all I want to do is dig out the bio’s and track down their back catalogue. Lots to admire here. Just don’t go looking for them in Tescos.
idwalfisher.blogspot.com/2018/01/invisible-city-records-unsigned.html

A compilations from the Hungarian house for Unsigned music and I could use that to explain once again how much I don’t like to review compilations. Especially when there is not a lot of information
to go by. The compilation is international, with musicians from The Netherlands, Italy, Russia, and Hungary and here we find Adeptus Mechanicus, Lorenzo Abattoir, Your Grace Adrianna Natalie, Yann
Is The Bastard, WN, Conure, Alexei Borisov and Katya Rekk, TheUse, Pulpo! Live Act, Miguel A. Garcia and Royal Hungarian Noisemakers, which I take it some of these people have found their way to labels (although I am not sure if that means ‘signed’) as I have reviewed their work before. Here it’s electronics and experiment that rule here. Of the tape I thought this was the most interesting one. If you feel the same way? Check out both on Bandcamp. (FdW)
vitalweekly.net/1105.html