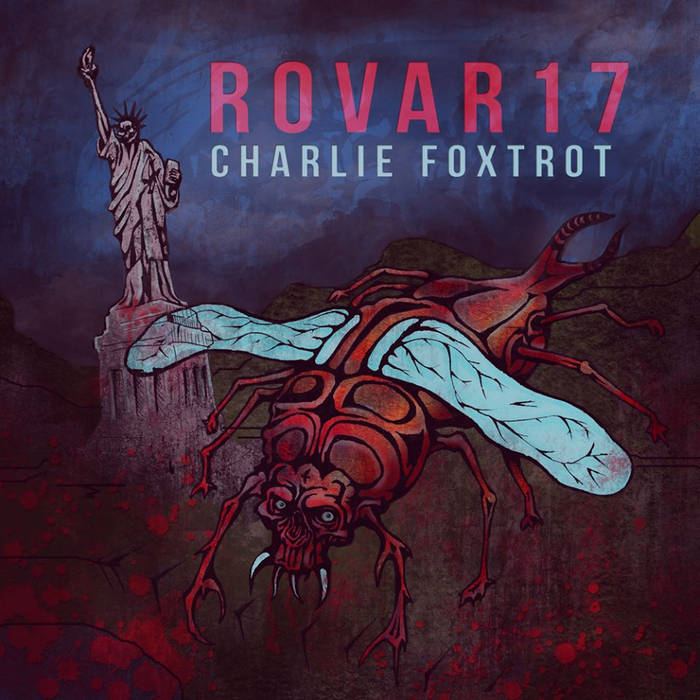 --------------------------------------------------------------------------------------
VITAL WEEKLY
ROVAR17 - CHARLIE FOXTROT (CDR by Unsigned Label)
NOJZERR - TIMEWIND (CDR by Unsigned Label)
HAVIZAJ EXPERIMENTAL NOISE COMPILATION #1 (CDR by Unsigned Label)
Of these three releases on Hungary's Unsigned Label, I started out with the release by Rovar17, simply because it had a digipack and thus looked better than the other two, which had plain simple Xeroxed covers. All of these contained names I didn't encounter before. Rovar17 recorded their three pieces in the United States as part of their 'Hungarian Attack Tour' in 2010, and I would think each piece is an edit of recordings they made. There is no indication here as to which equipment Rovar17 is using, but judging by the music I would think there is a bunch of electronics at play here, mainly sound effects and some sort of sound stimuli to get these effects going. At KDVS Radio Davis this was all pretty noise based, but in 'Noise Pancakes' (recorded at The Lab in San Francisco), the longest piece here, they (?) play a more ambient industrial card. Still pretty noisy, but with a deeper backdrop and a better-defined sound. It basically revolves around a bunch of loops, going into the effects control in various configurations. In 'Stlouse' Rovar17 reaches it softest point with a fine drone, radio voices and transformed bell sounds, working their way up to a nice crescendo.
Nojzerr has five songs/pieces, 'recorded at Nu Note Records' and apparently this is an 'unmixed edition'. Here too information seems rather low and I would think this has to do with the world of industrial music, coming to us via those new small synthesizers (monotrons perhaps) and rhythm machines (monotribes), all feeding into a bunch of stompboxes. Nojzerr uses also vocals, or vocal samples of some kind, so it sometimes has this vaguely ritual feel, such as in 'Pray', but that seems to be one of the few cases here. The music has something freakish: let's turn a few machines and see what happens if we jam around. That or perhaps this is indeed 'unmixed'. It's of course a matter of opinion and aesthetic to choice which working methods one suits best, but maybe there is a listener to consider? It means that, at least for me, it's not easy to enter these somewhat distant noisescapes and get fully immersed by them. It's a bit uneasy music, which in itself should be no problem, but its also somehow unfinished business.
And finally a compilation of noise music from such acts as Animal Machine (from 'Polland' as the covers says; is that Poland or Holland?), Rovar17, B*Tong, Tamagawa, Jackie Triste, Sikhara and Buben. It opens loudly with Animal Machine: noise following radio broadcasts about Blackwater - the private army - and it's all very much Consumer Electronics. Other tracks are, however, less loud than this, luckily enough. Buben and B*Tong open up the doors of a more drone/ambient sound and Sikhara has a curious short ditty. It's an oke compilation, but then what, I thought? (FdW)
vitalweekly.net/951.html